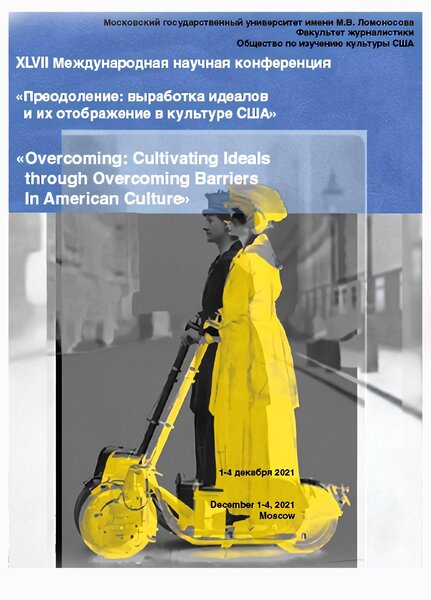 Cynthia Lazaroff is the founder of Women Transforming Our Nuclear Legacy and NuclearWakeUpCall.Earth. She is an award-winning documentary filmmaker and author of Dawn of a New Armageddon, a personal account of the Hawaii missile scare amidst escalating nuclear dangers, published in the Bulletin of the Atomic Scientists on Hiroshima Day. Cynthia is engaged in Track II citizen diplomacy and mediation efforts with Russia and has founded groundbreaking U.S.-Russian exchange initiatives since the early 1980s. Cynthia is dedicated to catalyzing efforts in U.S.-Russia relations to reduce the nuclear risk and to working with people in Russia and all countries to move towards a world without nuclear weapons.

RAS Institute of the USA and Canada, Moscow, Russia

Comparative media researches are one of the most demanded areas, however, in fact, they have not actually been sufficiently developed in the historical aspect. The media comparative approach is based primarily on the socio-political, not the general cultural factor, which is not always adequate to the historical and journalistic realities. This type of publications as an almanac emphasizes the cultural code. Comparison of the Russian and American traditions of publishing almanacs is being undertaken for the first time. In these two diverging traditions, almanacs have historically functioned in the different cultural environments: elite – in the  Russian culture, and popular, mass –  in the American version. Nevertheless, almanacs  comparative typological invariant  reveals the unity associated with the mediatization of the calendar, the seasonal reading circle. As the main empirical material, the almanacs of the period of formation are considered, by the 18th  –  19th centuries.

The Ideals and “Pitfalls” of the Founding Fathers’ Actions: Interviews with Accomplished American Historians at the Library of Congress

Interaction and mutual influence of American history and culture presented through interviews in а book “American History. Conversations with Master Historians” (2019) by D. Rubenstein, a philanthropist, investor, founder of “patriotic philanthropy”. Using the chapters which discuss the Founding Fathers, the presentation shows (1) key points of interviews with historians in regard of unusual historical, cultural and social events in the country’s past: the Founding Era of the nation. The “Congressional Dialogues” program at the Library of Congress was designed for members of Congress, (2) the book includes a part of these “Dialogues”, which was presented to the general readers in Washington, DC at the popular bookstore “Politics and Prose” (2019) and at the National Press Club (2020) for national and international journalists, (3) inspiring moments of biographies of “giants” – George Washington, John Adams, Thomas Jefferson, Abraham Lincoln, Alexander Hamilton and Benjamin Franklin with focus on ideals which motivated them (e.g. independence, freedom, readiness to give up power, international relations, diplomacy), as well obstacles of the crisis we never knew: an unsupported military budget, hierarchy, dynasties and partisan biases, inconsistency of political processes and segregation, excessive trustfulness and personal mistakes. Conclusion: (1) The book is a powerful tool of studying interview techniques through international communication. A civilizational shift in 1776 affected the complicated, difficult and confusing world as our world does now. David Rubinstein’s exceptional professionalism in asking questions shows authors’ knowledge of history, enthusiasm and humor. (2) The collection of interviews presents different opinions about historical decisions which changed the course of the nation, the Founding Fathers’ destinies illuminating their values, respect for ordinary people, priority of revolutionary ideas in private lives. This book is an effective source for historians, political scientists, international journalists in a search for strategies for the international cooperation.