Attached are announcements for the 2020 David Thelen Award and the 2021 Willi Paul Adams Award for works by foreign scholars on American History . The announcements are also available on the OAH website:
http://www.oah.org/programs/awards/david-thelen-award/
http://www.oah.org/programs/awards/willi-paul-adams-award/
2021 Adams Award
2020 Thelen Award

The Terra Foundation for American Art International Essay Prize recognizes excellent scholarship by a non-U.S. citizen working in the field of historical American art. Manuscripts should advance the understanding of American art by demonstrating new findings and original perspectives. The prize winner will be given the opportunity to work toward publication in American Art, the peer-reviewed journal copublished by the Smithsonian American Art Museum and the University of Chicago Press. The winner will receive a $1,000 cash award and a travel stipend of up to $3,500 to give a presentation in Washington, D.C., and meet with museum staff and research fellows.

Eligibility Requirements: Authors must be non-U.S. citizens who have achieved doctoral candidacy or completed a doctoral degree (or the equivalent), and have not previously had a manuscript accepted for publication in American Art. Essays may focus on any aspect of historical (pre-1980) American art and visual culture; however, architecture and film studies are not eligible. Essays may be submitted in any language; abstracts must be submitted in English.

Submissions for the 2019 prize must be sent to TerraEssayPrize@si.edu by January 15, 2019. For information on the prize, available in Chinese, English, French, German, Italian, and Spanish, please consult AmericanArt.si.edu/research/awards/terra.

Since the deadline for applications is November 30, 2018, we would like to remind you that the Graduate School of North American Studies (GSNAS) at Freie Universität Berlin will award

Further details on our application platform and the deadline can be found on the attached posters and our website at gsnas.fu-berlin.de/en

Modern media culture is comprehensive, responding to the basic mass audience need in entertainment. The entertainment component is actively being introduced into the different spheres of media space, transforming traditional media formats. American journalism provides a lot of materials for analyzing various manifestations of comic forms. We could mention the musical and humorous program “Saturday Night Live” on the NBC channel, parodying political elite and received a TV Emmy award this year.

In the “Journalism” section 7 reports were made (out of 9 applications). Several reports were devoted to the genre peculiarity of the embodiment of the comic. Karine Chobanyan turned to the satiric rubric “RedicuList” of the information program “Anderson Cooper 360” on the CNN channel and defined it as an “informational feuilleton”. Svetlana Kanashina settled on the genre nature of popular Internet memes. She stressed the syncretic: textual and graphic components that outplaying the cliches of the American mass consciousness.

In the center of the next two reports was the figure of the USA President Donald Trump. Elena Pavlova emphasized the following important point: Trump appearance on the political arena marked a departure from the discourse of political correctness prevailing over the past decades. Annihilating irony and sarcasm were played a special role in departing from this established practice of public internal political polemics. In the Valery Terin message there was a thought that through Twitter Trump proposed a new type of electronic communication, different from the linear sequence of typographic culture.

The Nikolai Zykov report filled the usually vacant niche. It was dedicated to the “The Voice of America” broadcasting, combining literary and political humor.

Finally, two more reports were devoted to the print press. It is noteworthy that the appeal to the press was brought to the historical context. Yekaterina Zagvozdkina spoke about the ironic coverage in the late 1950s and early 1960s press the image of the “broken generation”, who had denied traditions and social norms.

In Yuliya Balashova report were determined the main stages of the American almanacs evolution, with their satirical variety accentuation. American almanacs developed mainly within the framework of popular and mass culture, invariably retaining their calendar prototype. Such diverse presidents of the United States, like Franklin Roosevelt, and then Richard Nixon, addressed the satirical almanac-calendar form, for the purpose of political PR.

Galina Lapshina summed up a certain result, drawing attention to the points of convergence of American and Russian culture.

A Workshop Jointly Sponsored and Organized by the Obama Institute for Transnational American Studies and the Society of Early Americanists  October 4-6, 2018 Johannes Gutenberg University, Mainz, Germany

Details in the attached document

The XLIII International conference of the Russian Society of American Culture Studies will be held  December 7-9, 2017 at Lomonosov Moscow State University Journalism Department. Its theme – “American Satire and Humor: Forms of Comic Expression in American Culture”.

Sections: Journalism, American Culture of the 17-19th Centuries, Contemporary Literature and Culture, Ethnic Aspects, Gender Studies, Fantastic in the Arts, Canadian perspectives. A traditional Round Table discussion: Imprints – Image of America and Image of Russia will be held and a Round Table dedicated to Henry Thoreau’s Bicentennial.

Official languages of the conference are English and Russian. All participants will understand papers given in English and will provide an English resume of their talk if given in Russian.

Deadline for abstracts – September 10, 2017 (half a page). Please send them all to larmih@gmail.com

On the basis of delivered and discussed papers an annual bilingual collection is published.

Information about visa support:  As it is a lengthy process – please send the needed materials [copy of two first pages of passport and  info on place of birth (city and country), affiliation and position, office address, phone and fax numbers, place of visa application,  dates of arrival and departure, place of visa application] to the address larmih@gmail.com no later than September 15, 2017.

Here you can see the full text of the article provided by the author:

The Black Amerasian Experience in Korea 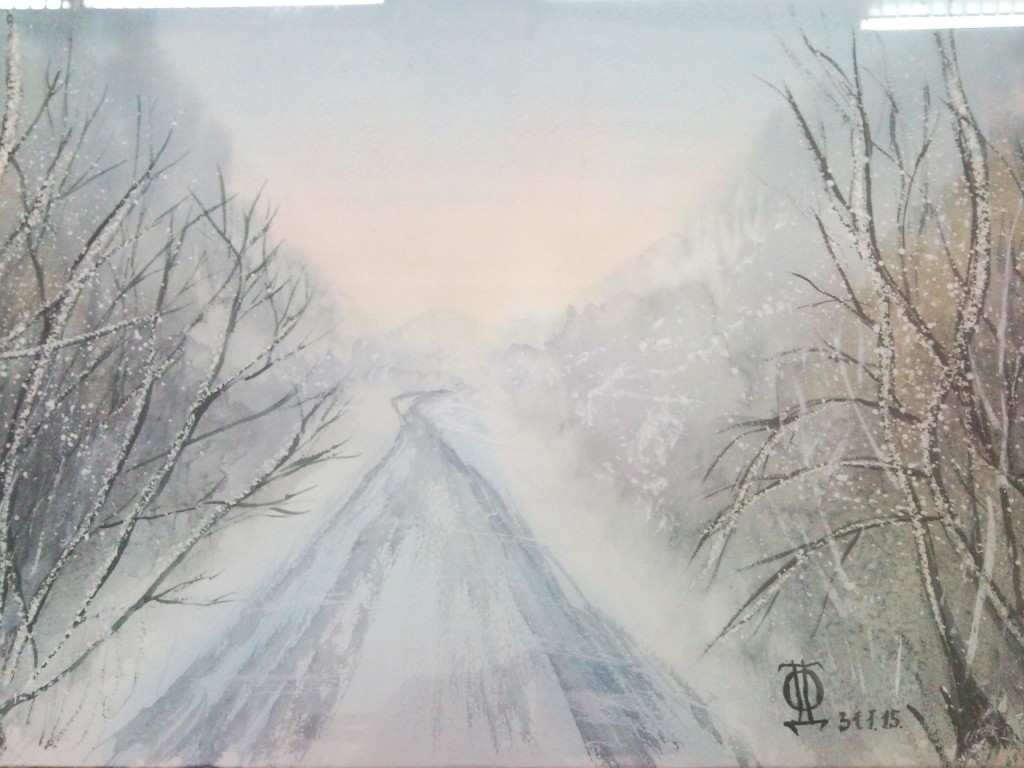 I would like to wish all of you a good and productive year which will bring you to our next, XLII conference, that in 2016 will be held on December 7-10 at the  Journalism Department of Lomonosov Moscow University  and be dedicated to the theme “Creative Communication: American Culture as Communication System”.

One of our members – Firdes Dimintrova – presented us with her picture ” Winter Path”. Let it be a symbol of our next meeting here in Moscow

Negotiating the Seen and the Felt: where American Art meets American Writing

‘Once we start thinking, talking and writing about …art, we discover that the line between abstraction and representation is no more impermeable than the line between images and words.’ (James A.W. Heffernan, Cultivating Picturacy [2006]).

‘Art is the objectification of feeling.’ (Herman Melville)

The recent turn in American literature and art has been toward affect: a position that privileges an embodied encounter of the artwork as an experiential interface rather than as an object removed from the practice of everyday life. According to such approaches, the human body is positioned as central and unbounded; affect is understood to exist in constant motion between it and other bodies, be they human or otherwise. This has meant a renewal of Maurice Merleau-Ponty’s primacy of perception, leading to a methodological shift in the connected fields of ekphrastic creative writing, aesthetics, art writing, curatorship and literary studies. In recent years, negotiations between discursive and immersive practices have sought to move beyond old paradigms of the sublime or transcendent influence of aesthetic experience to an understanding of materiality that still acknowledges the persistence of the ineffable. Despite these innovations, however, the spaces in which affective literary and visual practices overlap remain largely untheorised.

Contiguous to this turn is the reappraisal of the physical space of the aesthetic encounter itself. Contemporary installations and exhibitions increasingly take into account the participatory needs of the art-viewer, whose full sensorium is engaged in an often interactive experience. Likewise, creative literature, especially that responding to the visual arts in ekphrastic or critical terms, seeks methods of attending to cross-currents between visual and verbal expression that include visual poetics, the use of three-dimensional space, and the intersections of photography and text, for example.